Scout’s life is always exciting. He has ridden on a real train at an event for children with autism. He has visited with veterans and children in hospitals, been kissed by country music legend Barbara Mandrell, done a photo shoot on the Parthenon in Nashville, attended a polo match as a special guest… and won the hearts of everyone he meets.

Appearance: Scout is the smallest horse at Gentle Carousel with a long mane and tail, bright blue eyes and big attitude.

Special Skills: Pretending to be a Clydesdale, flirting with tall mares.

Personality: Scout has a big personality in a small body. He is fearless and willing to try anything.

Best Equine Friend: Scout has been in love with therapy horse Amazing Grace since they were both young foals. He follows her around and tries to impress her with his high jumps and bucking. She tolerates him but is not impressed. 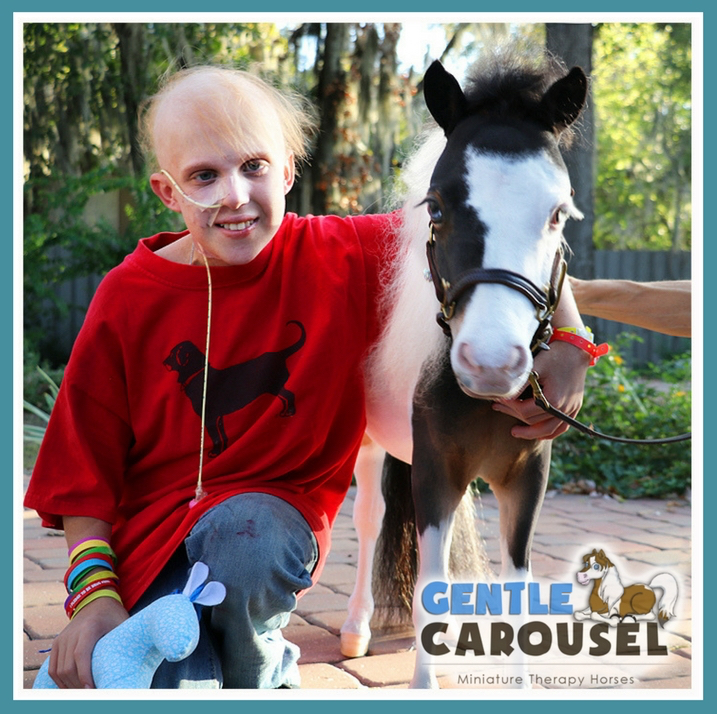