Prince works inside children’s hospitals and is part of Gentle Carousel’s Reading Is Magic literacy program. Children think he looks like a magical unicorn.

Appearance: He is solid white with blue eyes.

Special Skills: Prince was born on July 22, 2013, the same day as Prince George of Cambridge. He only weighed 6 pounds when he was born. Prince appeared on the stage of the famous Franklin Theatre in Tennessee as an “opening act” at a Red Steagall concert.

Favorite Thing: Prince loves to roll in the dirt as soon as he gets a bath. He has to be watched carefully when we are getting him ready for a visit! How did The Lone Ranger’s white horse Silver run across the wild west and never get dusty?

Best Equine Friend: Therapy horse Toby is Prince’s best friend. They both are very active and love running in the pasture together.

What A School Yearbook Would Say: Most likely to win an Olympic gold medal! Most School Spirit! 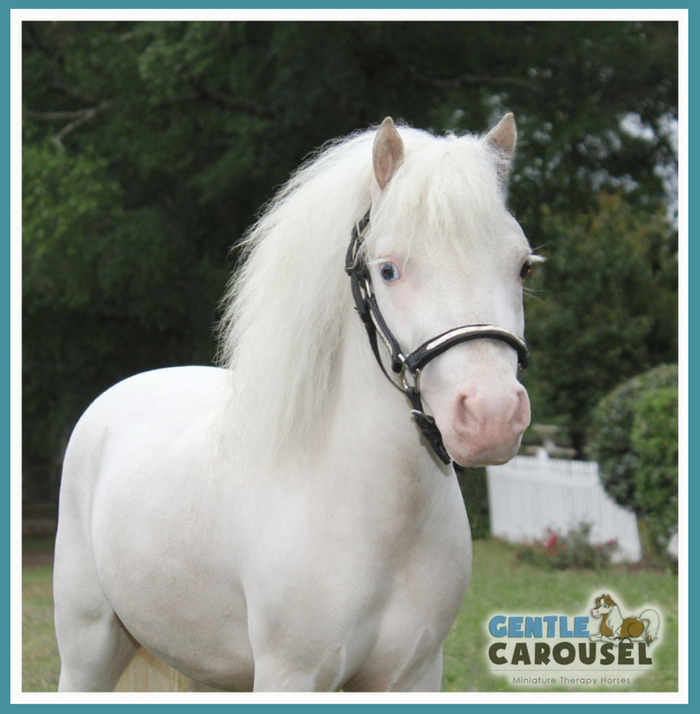