On June 17, 2015, during a prayer service, nine people were shot and killed in one of the nation’s most historic black churches, the Emanuel African Methodist Episcopal Church in downtown Charleston, South Carolina. The victims included the senior pastor, state senator Clementa C. Pinckney. 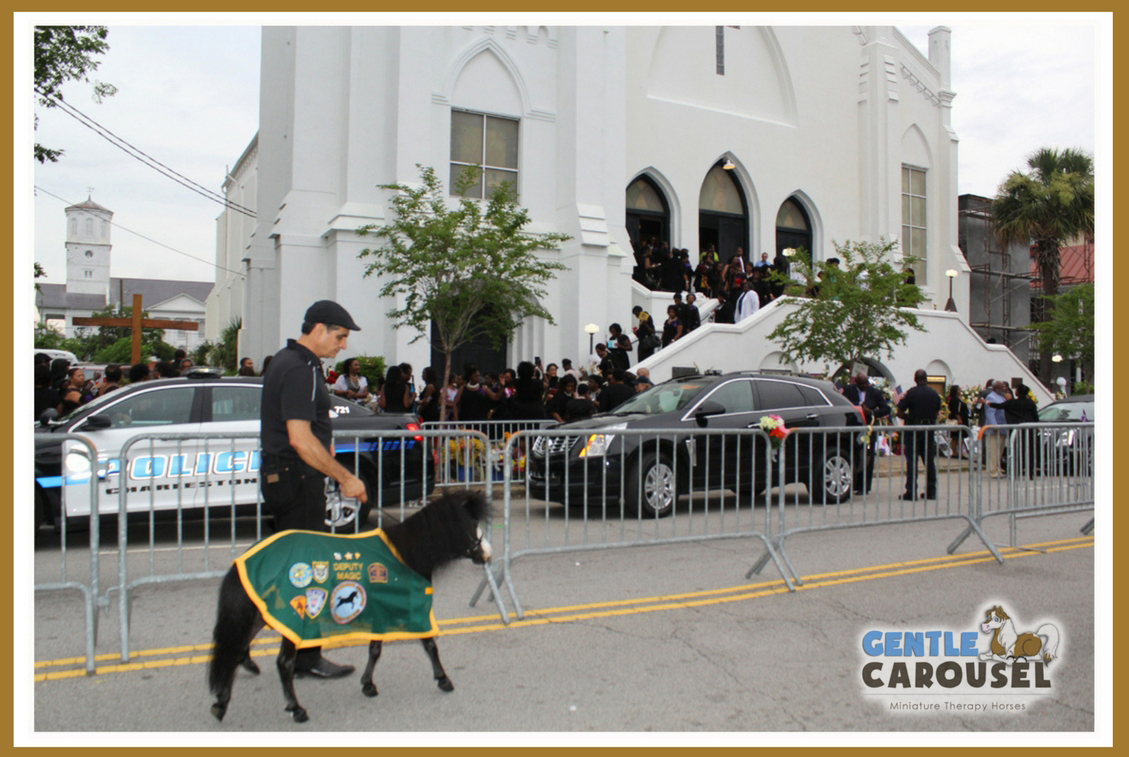 Gentle Carousel was contacted within 48 hours of the shootings and asked to come to Charleston. The horses met with victims’ families and friends, attended a wake and worked with a counseling organization. While in Charleston they also visited children in hospital care and first responders. 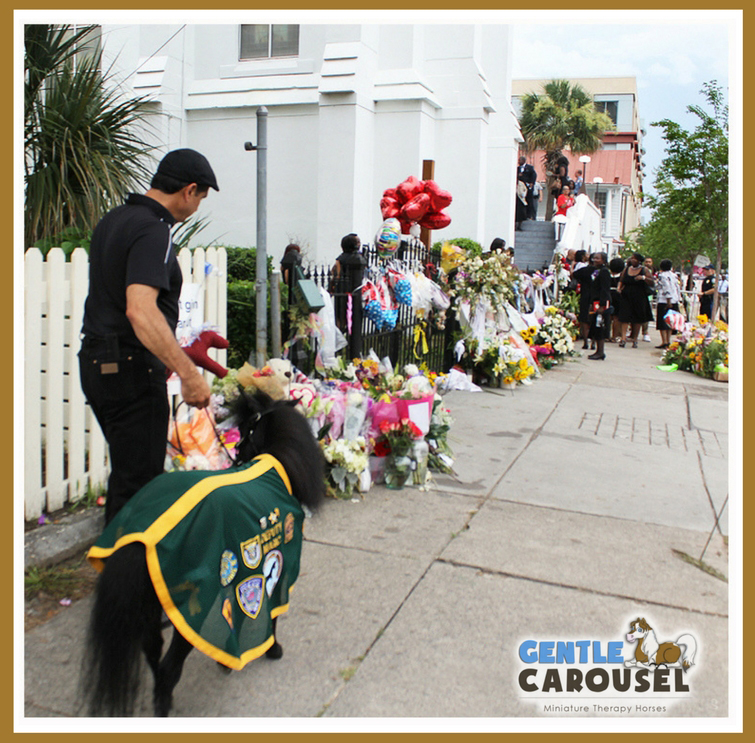 In the midst of such sadness there were also many special moments. One young autistic boy at the wake completely took to therapy horse Magic. His mother was deeply touched by the experience because it was the first time her son had ever interacted with an animal. 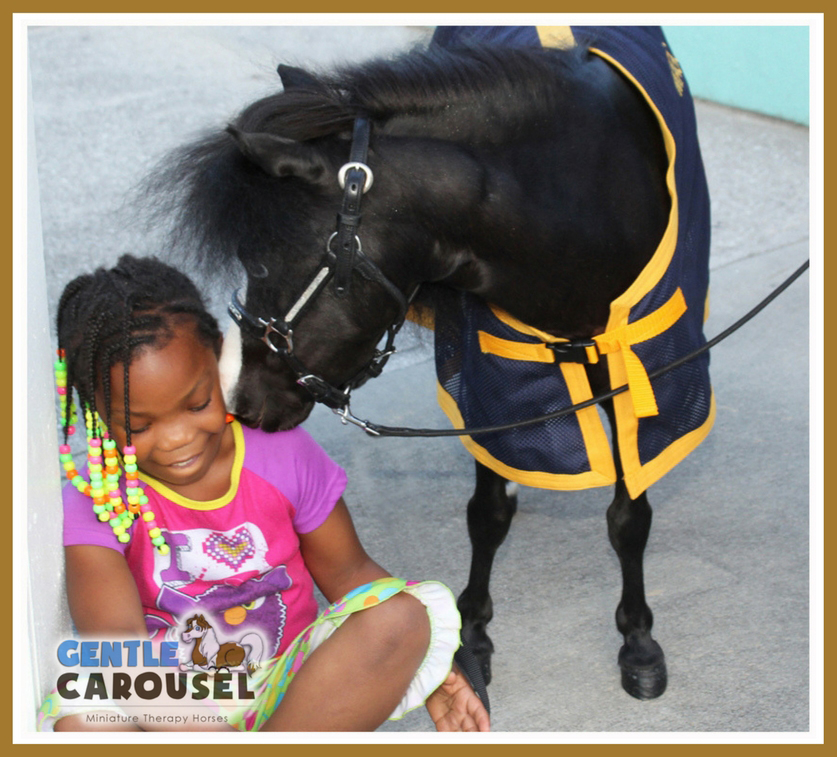 Several elderly women who were coming from the wake could not get enough of the equine love and didn’t want to leave. One woman with a beautiful black dress and hat wanted help so she could get down on her knees so look at the little horse eye to eye. “You need to go out where the cameras are,” she said. “So everyone can see you.” She was told that the therapy horse didn’t come for the cameras, they came for her… and it made her cry.